What stands out about Mango Reinhardt is their ability to bring together different genres in unexpected ways. “We have always drawn from a variety of influences – 50s Doo Wop, early 60s girl groups, The Beatles, the soundtrack music of Ennio Morricone as well as contemporary bands.” Consisting of Will Boire on guitar, Lisa Liskovoi on bass, Katelyn Plant on drums and Emily Copeland on vocals, the Toronto-based pop noir group creates music that has a great sense of melody mixed with a good dose of attitude. Both their self-titled debut EP and the follow-up, Night Glow, draw from these common denominators. By the time Night Glow was written and recorded, Mango Reinhardt had come into its own and developed a dark, brooding sound. “We have a better sense of who we are as a band and we’ve been honing our sound since the release of Night Glow. The songs we’ve been recording for our new EP are still stormy, but they’re bigger, louder, more dramatic and a bit more up-tempo. A big part of this shift is the result of playing live shows and watching our audience respond to the higher energy we’re putting out there.” 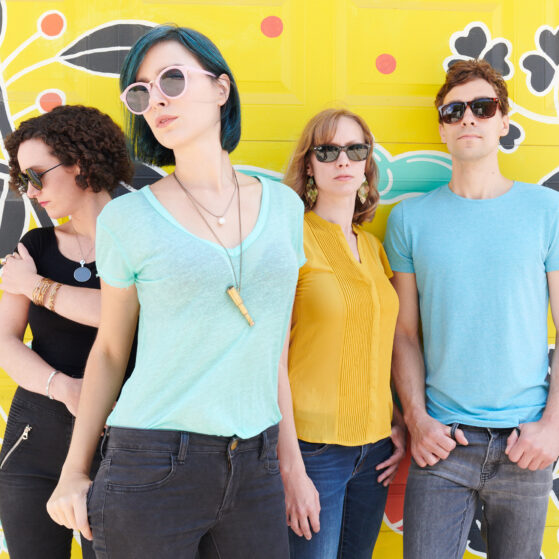