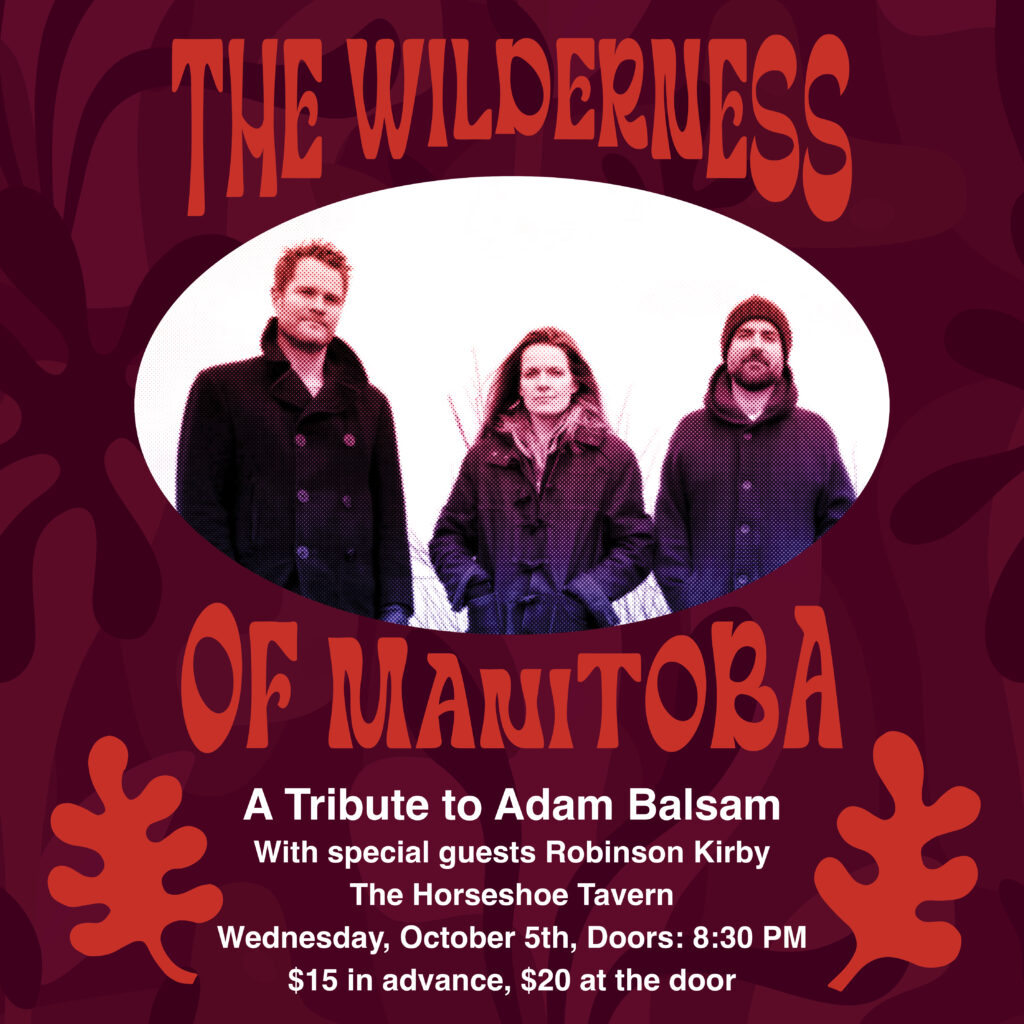 Today, we announce that The Wilderness of Manitoba will be performing at The Horseshoe Tavern in Toronto on October 5th with special guests Robinson Kirby. It will be a night to celebrate the band’s music and their most recent album, Farewell To Cathedral. It will also be a night to remember Adam Balsam.

Here is a statement from the band: “The Wilderness of Manitoba’s upcoming show at The Horseshoe Tavern comes with mixed emotions. Just a little under a year ago, the band was preparing to unveil their new record Farewell To Cathedral live on the very same stage when they received the tragic news that their beloved friend and bandmate, drummer Adam Balsam, had passed away. To honour Adam’s memory, the band will be performing the same set list that they had planned to do before his passing which includes a number of songs from Farewell To Cathedral as well as a diverse selection of songs from The Wilderness of Manitoba’s back catalogue.”